The Most Common Road  asphalt Resurfacing Methods in malaysia.

Road resurfacing not only makes the roads safer to drive; it also indirectly contributes to safety by making road markings last longer and be easier to read.
Resurfacing is a road maintenance technique in which a new layer of asphalt is laid over the existing road surface rather than having to replace both the top and underlying base completely. Resurfacing is appropriate to use when the subgrade of the road remains in good condition even if the upper layer is heavily damaged.
While there are a variety of methods that can be used to resurface roads, these three are among the most commonly used methods: 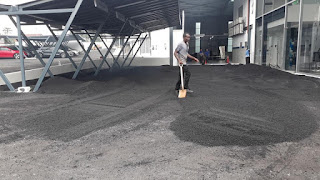 This method of road resurfacing involves a fresh layer of asphalt being applied in order to restore its structural integrity as well as extending its life cycle. It is also the method that takes the shortest time to complete.
When done well, overlay resurfacing can last from fifteen to eighteen years depending on factors including how many heavy vehicles use the road, its exposure to harsh weather patterns and how thick the new asphalt layer is.
This method takes the shortest time to complete. Once the overlay is completed, however, traffic should be kept off the road for at least a day. After this, fresh road markings can be applied on the new surface. 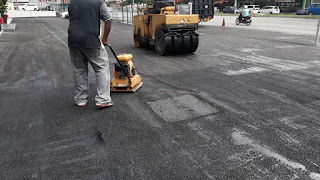 This road resurfacing method is used when there are minimal cracks on the surface and the asphalt binder is soft enough to accept the new asphalt. Specialized equipment resembling a train is used to heat the asphalt and re-process it in the area where it is to be replaced.
The existing asphalt is removed and then new asphalt mix is applied in its place. This method is not only effective and takes minimal time to complete, it is also environmentally-friendly since it requires minimal resources as well as being cost-effective. This method lasts from eight to fifteen years.
The Hot-in-Place method is the best one to use if the period when the road is closed needs to be minimized. Once the hot asphalt has been compacted and allowed to cool, the road can be reopened to traffic with no delays. 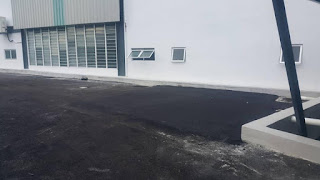 This method is used when the asphalt has already degraded to the point where cracks and other structural defects have already made their way below the surface.
In this method, the damaged asphalt is milled to remove it and then fresh asphalt is applied and compacted before being allowed to cool. While it can take a longer time to apply, once it’s done, traffic can be allowed on the resurfaced roads in a matter of hours. This method also lasts from fifteen to eighteen years.
Once the road resurfacing has been completed, a maintenance program needs to be budgeted to ensure that the road stays in good condition. Road markingsshould also be included in this maintenance plan, since they will have to be periodically refreshed to guarantee that they maintain their visibility and their retro-reflectivity.

Popular posts from this blog 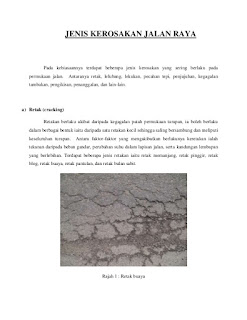 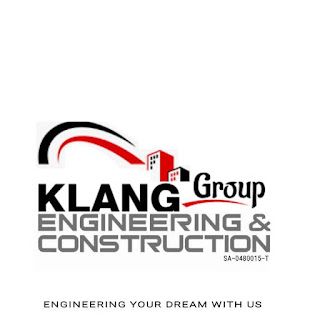 Klang Group Engineering & Construction
KLANG GROUP ENGINEERING & CONSTRUCTION The business of Klang Group Engineering & Constructions (KGEC) was started on 29 April 2015.Since its first inception a year ago as a sole proprietor status led by Mr Poovaneswaran has grown tremendously particularly in sync with the call of Malaysian government in 2014 for a greater use of Industrialized Building System (IBS) on its development projects. KGEC so far has achieved accumulated revenue of RM1.3 million with the total value of secured projects to date worth 1.2 million the next 6 months. As of January, 2018, KGEC has secured MYR3.3 Million worth of projects.